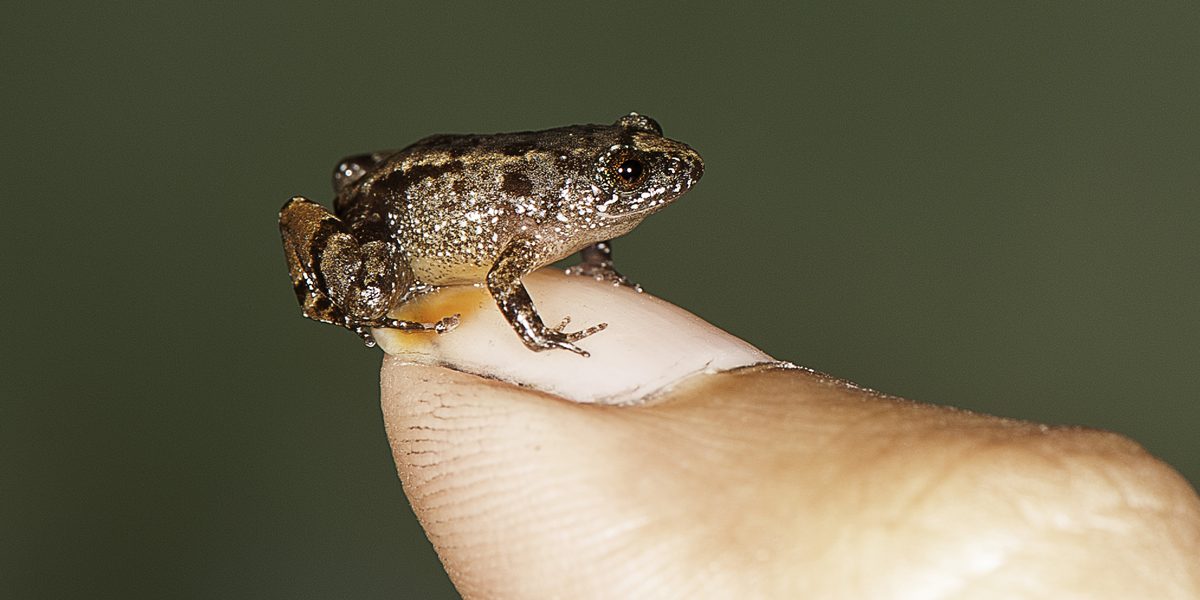 The new frog species all belong to the genus Nyctibatrachus, commonly known as night frogs. As the name suggests, they usually come out after dark and prefer to hide out under damp vegetation on the forest floor. Unlike their stream-dwelling cousins, they don’t have webbed feet. All of the species found appear to be fairly common in the region, but the frogs’ size, combined with their secretive habits and unusual insect-like calls, are probably why they have gone undiscovered for so long. 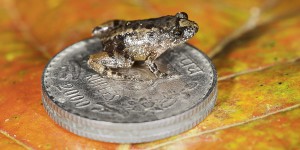 Researchers from the University of Delhi and the Kerala Forest Department describe the new species, the product of five years of investigation, in a paper published Tuesday in the journal PeerJ. They used a combination of morphological analysis, DNA studies and acoustical analysis to describe the frogs, who bring the total number of night frog species to 35. The four miniature frogs measure among the smallest in the world at between 12.2–15.4 millimeters, small enough to fit on a coin.

Researchers trying to hunt down the elusive amphibians that populate the area may be up against a ticking clock, however.

“Over 32 percent, that is, one-third of the Western Ghats frogs are already threatened with extinction. Out of the seven new species, five are facing considerable anthropogenic threats and require immediate conservation prioritization,” says Sathyabhama Das Biju, who led the study.

Two of the newly described species were found on plantation areas that don’t benefit from ecological protection, and many were only found in one place, making them more vulnerable to disturbances.