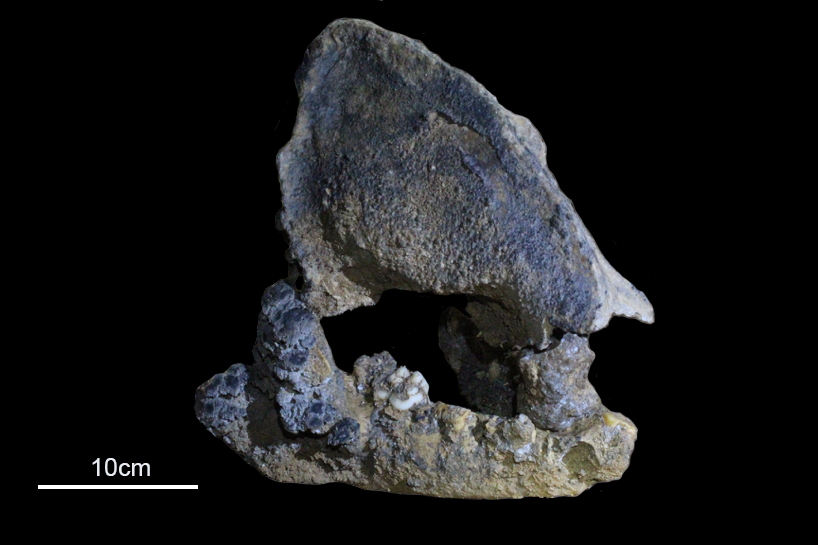 An expert in paleogenomics, Fu had done most of her past work on the DNA of ancient humans, but she has a personal interest in pandas. Now, in 2018, she and her team at the Chinese Academy of Sciences are the first to have sequenced the entire mitochondrial DNA (mtDNA) genome of an ancient giant panda. The work is outlined in Current Biology.

The skull was discovered by her colleague Yingqi Zhang and the Beijing Caver team in Cizhutuo Cave in southern China. Cizhutuo Cave is near other cave sites where fossils of ancient humans and extinct apes had previously been found.

Mitochondrial DNA is found in mitochondria, the energy-producing bodies in cells, and is passed from female parents to their children. Fuâ€™s team found that the mtDNA genome of this ancient giant panda had a long family history separate from the lineage of todayâ€™s giant pandas â€” their last common ancestor likely lived about 180,000 years ago, before humans started to wear clothes. Todayâ€™s giant pandas share a common ancestor that lived about 70,000 years ago. 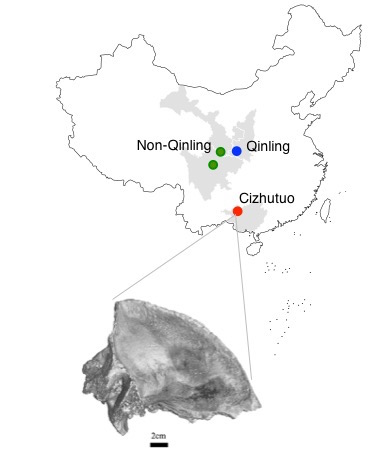 Today, these pandas live in a handful of bamboo forests in the mountains of the Shaanxi, Gansu, and Sichuan provinces of central China. But scientists think ancient pandas may have had a much wider range, including southern China and parts of Vietnam and Myanmar.

While the Earth was at the height of its last Ice Age 22,000 years ago, the Cizhutuo pandaâ€™s home would have been warmer and more humid than the temperate environments of todayâ€™s pandas. The different climate of ancient pandasâ€™ habitats is both a puzzle for Fu to solve â€” what adaptations did ancient pandas have for this warmer climate? â€” and an obstacle for solving this puzzle.

â€œ[Itâ€™s] really hot, and humid, and also the soil [has] some kind of acid,â€� explains Fu. â€œSo thatâ€™s all not really good for DNA preservation.â€�

Even when DNA is preserved on a specimen, not all of it is useful. DNA obtained from a pandaâ€™s fossil is not necessarily from the panda â€” a lot of it may come from microbes. Before doing any sequencing on the DNA they extracted from the fossil, Fuâ€™s team used DNA enrichment techniques to identify the pandaâ€™s DNA from the contaminating microbial DNA. Once Fu and her team extracted DNA from the panda fossil, they carefully tested the DNA to confirm that it came from a single individual and therefore probably belonged to the panda.

The next step, Fu says, would be to sequence the nuclear DNA. Because only female parents pass on mitochondrial DNA to their offspring, mtDNA only traces part of an individualâ€™s lineage and tells just part of the story. Nuclear DNA, which is found in the nucleus of a cell and is inherited from both of an individualâ€™s parents, would give a more complete picture.

This fuller picture is what Fu is looking forward to in the future. Now that she knows this separate and ancient lineage of pandas existed, Fu wants to conduct further studies to figure out whether the genetic information of these ancient pandas may tell us about their adaptations to their habitats.

With that, she says, we may be able to start piecing together what pandas past mean for pandas present.